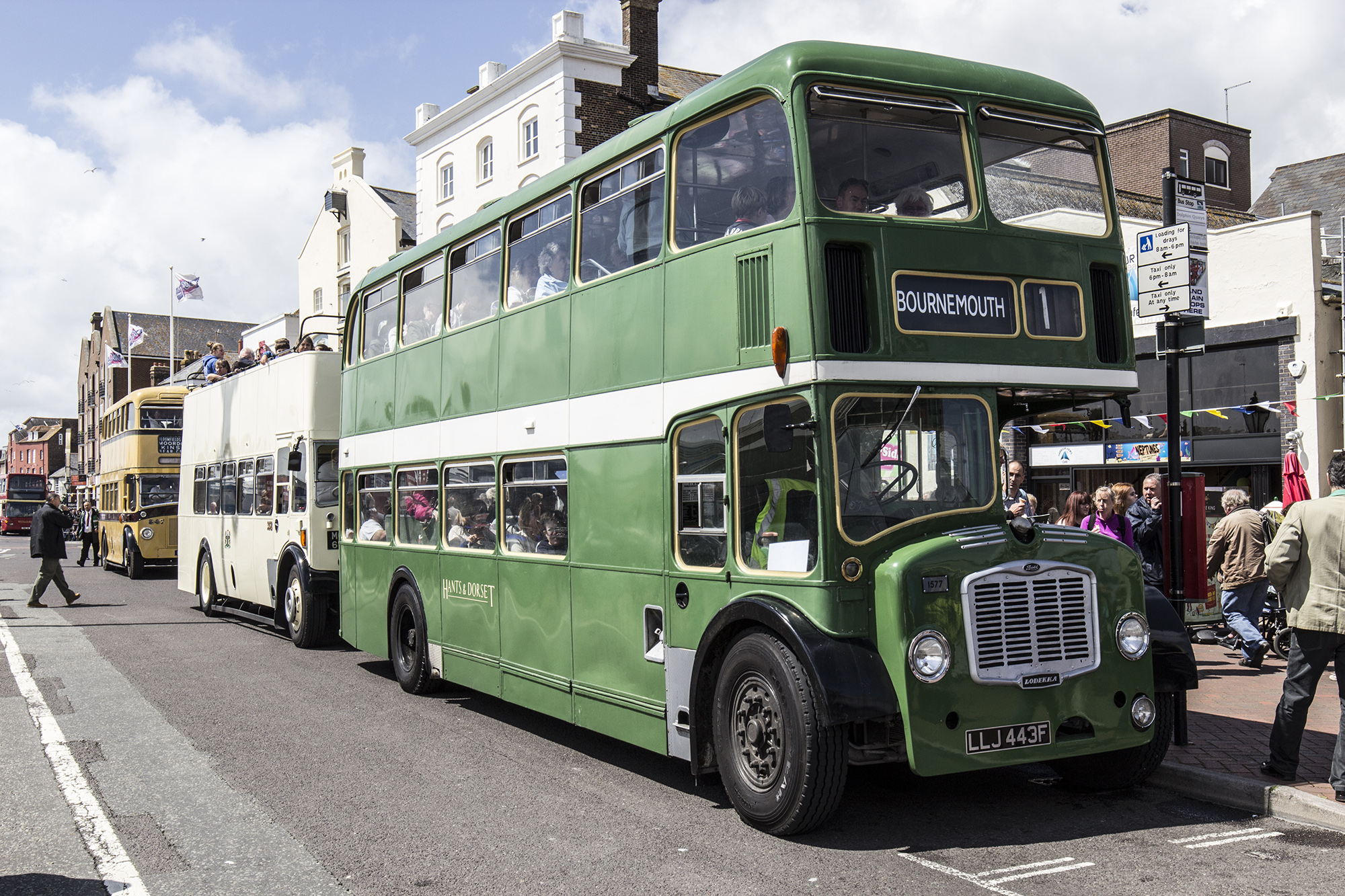 Sunday 10 July saw the celebration of 100 years of Hants and Dorset buses. Once a familiar sight in the Bournemouth area, including Westbourne, the name has been replaced by the More Bus brand.

More modern vehicle in the Wilts and Dorset branding. © expat

Historic vehicles were gathered together on show on Poole Quayside. Many giving the public the opportunity for free rides around the Poole area. Familiar buses from the past were enjoyed by the large number of people who came along.It was not just Hants and Dorset buses that were represented. A 1950 Yellow Bus was also on show and giving rides. Two modern vehicles had also been repainted – one in the traditional Hants and Dorset livery, the other in Wilts and Dorset.

KEL 133. Leyland Titan PD2. New 1950. Typical workhorse for urban services. Bournemouth vehicles were unusual for having dual doors and dual staircases. The front staircase in these was removed during the 1960s. However, during restoration (which your humble scribe was involved with in the mid 1970s), the staircase was put back. © expat

KRU224F Bristol FLF. (H38/32F). New Jul 1967. Sporting the later poppy red Hants and Dorset livery, this vehicle was rescued from the Bournemouth Bus Station fire of 1976. Subsequently preserved by Trevor Shore, who drove it out of the burning bus station! © expat