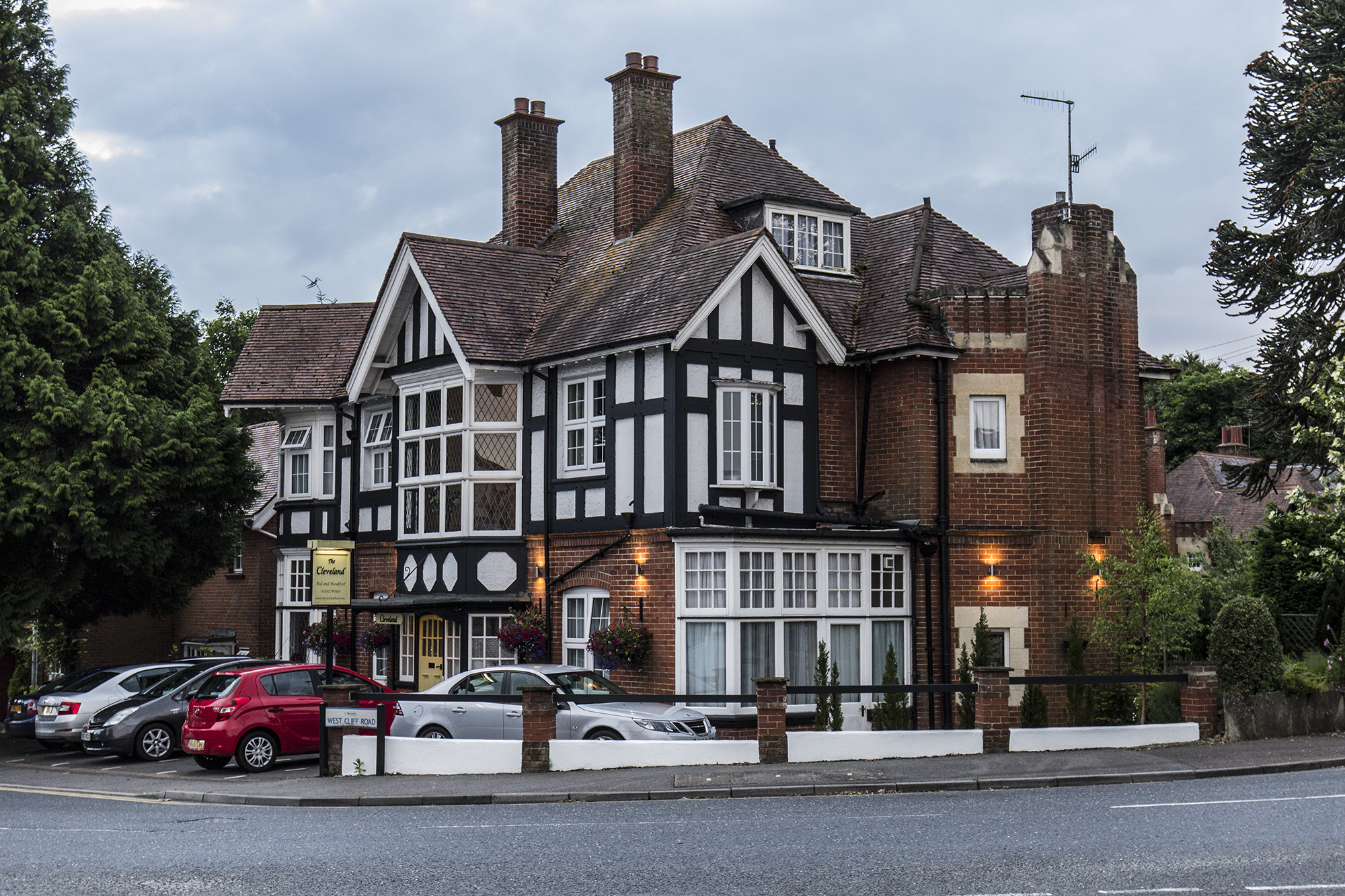 West Cliff Road, Westbourne, is a cliff top thoroughfare. It runs from the junction of Tregonwell and Priory Roads at the east end (just up from the BIC), until its rather ignominious end when it meets Alum Chine Road.

It enters Westbourne just as it passes the top of Durley Chine. At this point, it takes on the appearance of a boulevard, being wide and fairly straight. It is lined with trees , and originally would have had large Victorian villas either side.

This would have been an area that the wealthy Victorians would have retired to, or maybe had their holiday homes here. There would have been sea views at least from the upper windows of the houses, as the pine trees that surround the area would be newly planted. Although this does give the area some of its attraction, the trees, which have suffocated the native heathland, now rather block the vistas that would have attracted many in the first place. The entrance to the top of Middle Chine is visible part-way along.

As times have changed, along this eastern part almost all of these original villas have been demolished and replaced with rather less attractive blocks of flats. The Grade II* St Ambrose Church still makes a stand for itself, but it too is rather too hidden by trees that were only newly planted when it was first built.

At this point, West Cliff Road, Westbourne, becomes twistier and narrower. This may be a blessing, as we have passed the last of the flats, and the old villas are back. Many of them may well now be sub-divided into flats, but at least we can glimpse an idea of how the road would have looked in the past. We also pass the entrance to the top of Alum Chine, although this almost looks an afterthought. However, the presence of a zebra crossing highlights its presence.

The end of West Cliff Road, Westbourne, is flanked by two very large and prominent villas. On the left is the Cleveland Hotel, on the right the property has been divided into semis, one half of which is the Roselyn Hotel – currently undergoing a major refurbishment.