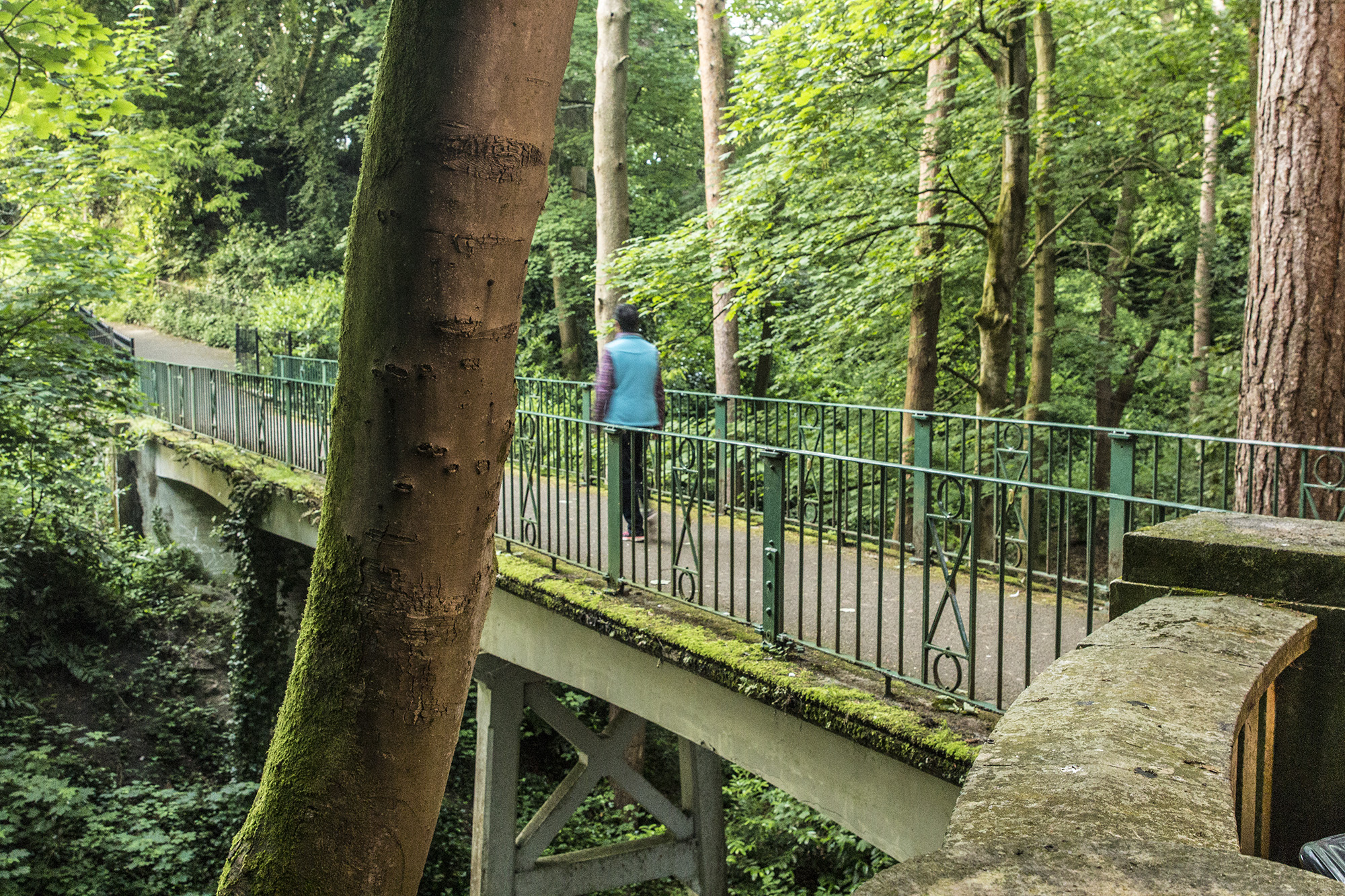 Today is a brief look at one of the four chines in Bournemouth. Alum Chine is the biggest, the other three (from west to east) being Middle, Durley and Boscombe. There are also more chines heading west in Poole.

The arched bridge which was built in 1922, replacing the one from which Winston Churchill fell in 1892. © expat

A chine is a steep sided dry river valley. It also gives rise to the name “Dene”, which also abounds in the area. To the west, in Poole, Branksome Dene Chine makes good use of both titles!

Alum Chine gets its name from a mining industry established in 1564 by a Baron Mountjoy extracting Alum and Copperas (ferrous sulphate). The minerals were mined for use in medicine and manufacturing, dyeing, tanning and painting. Thought to be Bournemouth’s first industry, the mine proved uneconomic, and closed in the 17th century leaving the Baron penniless. Nowadays, the area is purely for pleasure purposes. The tree-lines paths make a very pleasant place to stroll, particularly on a hot day.

In the 1920s, a tropical garden was added from West Overcliff Drive. They were part of a “Gardens of Excellence” scheme to help make Bournemouth even more appealing. Having become overrun, they were restored and replanted in 1996, and a new paved viewing area added.

Three bridges span Alum Chine – two towards its northern end, and one more central. This latter bridge is an impressive suspension affair, and, dating back to 1903, is the oldest of the three. There is a spandrel, or arched, bridge built in 1922. However, this replaces an earlier structure which, it is believed, Winston Churchill fell off in 1892. The third bridge is adjacent, built two years later in 1924. This is of a beam and post construction.

At the bottom of the chine, Alumhurst Road breaks in from the west. This is the terminus of yellow bus route 24, which runs to the centre of Westbourne and into Bournemouth Square – some journeys currently extend as far as Burton on the other side of Christchurch. In the 1970s, it was the terminus of the summer open-top service 12, which ran along the coast from here to Hengistbury Head. There is also a children’s play area, a café and a car park.

Tomorrow will be a more photographic record of the chine.