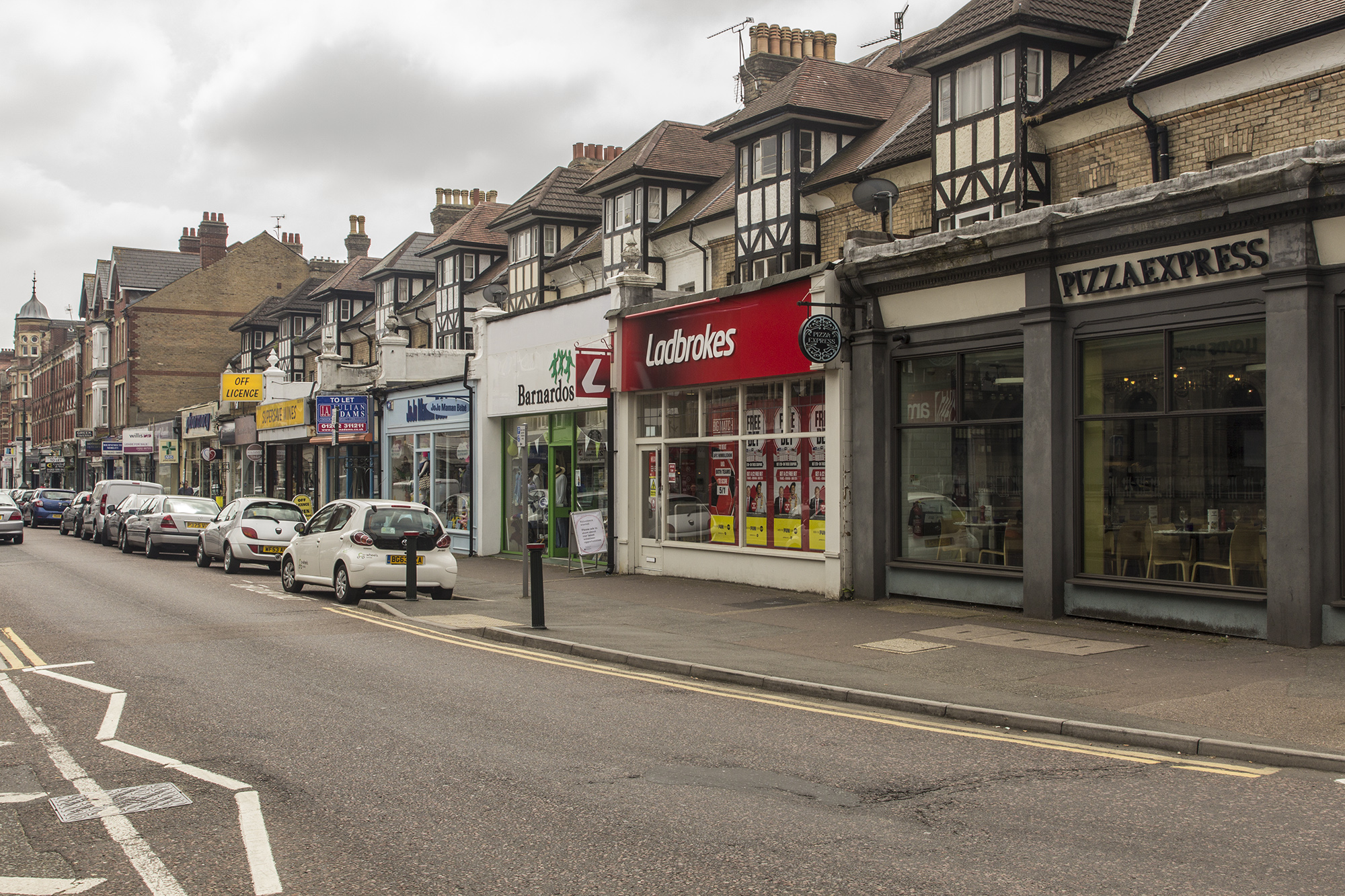 So far, I have been concentrating on the main areas looking at the buildings in Westbourne. As with many towns and villages, there are always buildings that have a story to tell. Some are obvious, others less so.

A bus pulls into the Grand Bingo bus stop late one evening. © expat

For example, the Grand Bingo Hall (the former Grand Cinema) is one of several Grade II listed structures. The exterior view is largely unchanged, and it is very easy to imagine it in its heyday. Others, are less obvious, so it is always worth looking beyond what you first see.The Arcade is a prime example where you can easily miss things. The exterior, like the Grand, is there in all its glory – much as it has been since it was built. The interior also, although look closely at the shops, and you can spot the odd one or two that have altered or removed the original doorways.

However, look up, and you will spot things that many people will miss. The gargoyles on the drain pipes, for example. The carved stonework at either end with the name of Henry Joy.

Again, looking up at the exterior of the buildings in Westbourne, as in any other town, reveals hidden history. The shopfronts may have changed over the years – they may all look very different and modern. However, above the street-scene, you can often see the original row of terraces that have now become today’s High Street. It is often possible to notice that the shop frontages have been built forward of the original line, leaving you to wonder how things would have looked before theses extensions.

A future project will be to compile and look at the listed buildings in Westbourne. There are plenty of them, but these are not all the buildings that hold interest. Others, like the Security Shop, have there own story to tell…….

The Seamoor Road entrance to Westbourne Arcade as seen at night. © “Expat”

One of the gargoyles above the drain pipes in Westbourne Arcade. © expat

Look above the shop fronts © expat

Lots of history in this shop front © expat