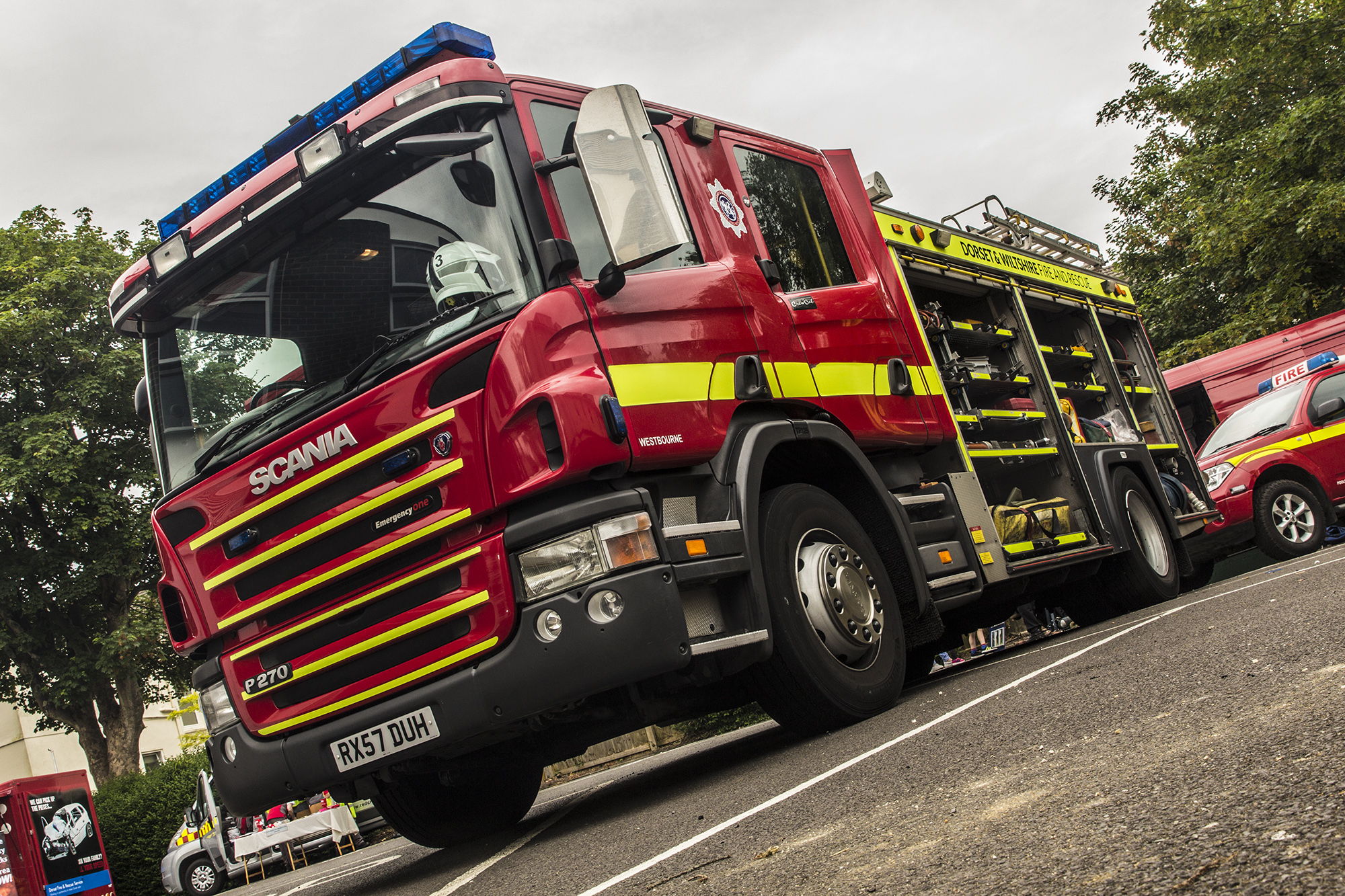 Saturday 11 June saw Westbourne Fire Station open its doors to the public. Fire appliances were on display, and demonstrations entertained the many people who came to enjoy the day.

A heavy duty rescue crane was set up on the frontage. A draw was held during the day for a free ride up into the sky on this! Inside, a tender was available to sit in. A demonstration video displayed on the windscreen gave an idea of what it would be like to ride in the vehicle on its way to an emergency.

Inside Westbourne Fire Station were various displays of books and materials, as well as an opportunity to brush up on resuscitation skills. Out at the back, another fire engine was on display. Crews were in attendance, explaining the equipment and how it all works. Free appointments could be booked for a fire safety check in your home.

There was a hose game, where children could aim a hose at a target – assisted by a fireman. A rescue demonstration, using the tower, showed how a rescue could take place. The “victim” was trapped in an upper floor, and the rescuer abseiled down from the floor above, collecting the “casualty” on the way, and safely delivering him to the ground.

Another demonstration showed the power of a sprinkler system. A fire was started in a mock room. First, the smoke alarm went off, giving occupants sufficient warning to make their escape. Shortly afterwards, the sprinkler was triggered, putting the fire out in seconds.

A pan fire was also demonstrated. A pan containing a small amount of oil was heated until it caught alight. Water was poured onto it, causing a major flare up, and a sudden increase in heat.

The day ended with the draw for the ride on the crane. This was won by two young lads, who were clearly extremely excited with their brief journey into the sky! Well done Westbourne Fire Station for a thoroughly excellent day.

Showing how the hose works! © expat

Ladder tender being shown off. © expat

The ride of their lives! © expat