The Colours of Westbourne in Bloom 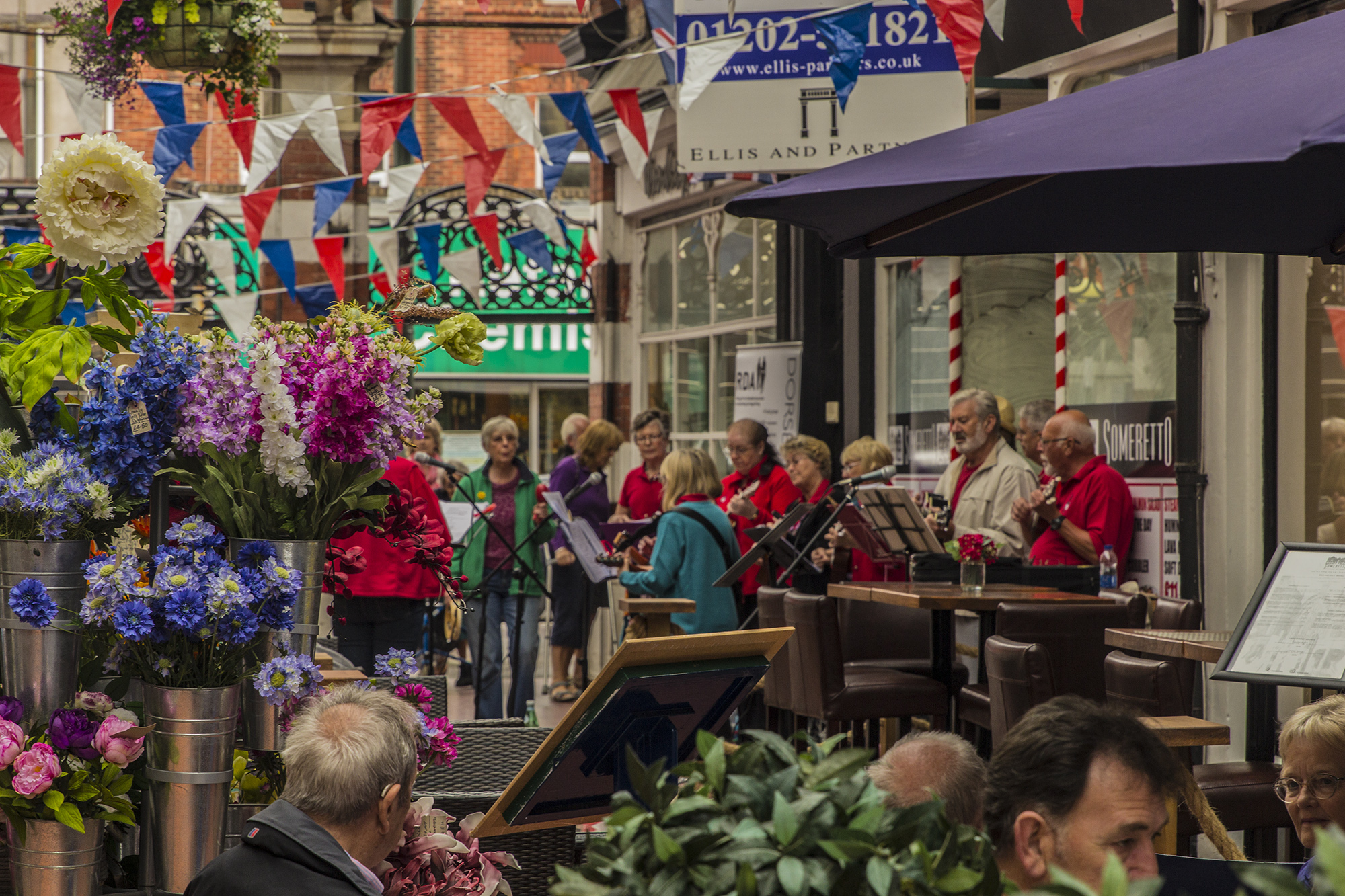 The Colours of Westbourne in Bloom.

It is the middle of “Flaming June”, and the planted baskets have arrived in Westbourne. Well, one out of two isn’t bad! The main shopping streets are bedecked with baskets of colourful flowers. Even the railings have baskets on them to brighten the street scene.

Westbourne in Bloom dates back to 1995, when the late Maureen Rouse and Edna Lipscombe. Both were also founder members of Bournemouth in Bloom and past Chairmen. Maureen had run a hotel, and Edna owned holiday flats. Supported by the Westbourne Traders Association, it got off to a very successful start. The continued success is down to community spirit and many loyal supporters.

The Arcade, with its flags for the Queen’s 90th birthday, makes a fantastic contribution this year. Individual shops and businesses also lend their support with their own displays. Even on a grey day like today, and with many flowers still yet to come into full bloom, there is colour everywhere you look. A recent community clean-up has also left its mark.

As well as the colour of the start of Westbourne in Bloom, there were joyful sounds coming from the Arcade today. Members of Ukulele Jam were playing songs of many genres, helping to raise funds for Dorset Riding for the Disabled. Shoppers were entertained by the music, and many stopped to listen.

Summer may be taking its time to arrive as far as the weather is concerned, but the sounds and colours of summer were very much in evidence today!

Planters in the Arcade. © expat

On top of Chez Fred. © expat

The Ukulele Band in the Arcade. © expat

RDA poster in the Arcade. © expat

Shoppers donating to the cause. © expat