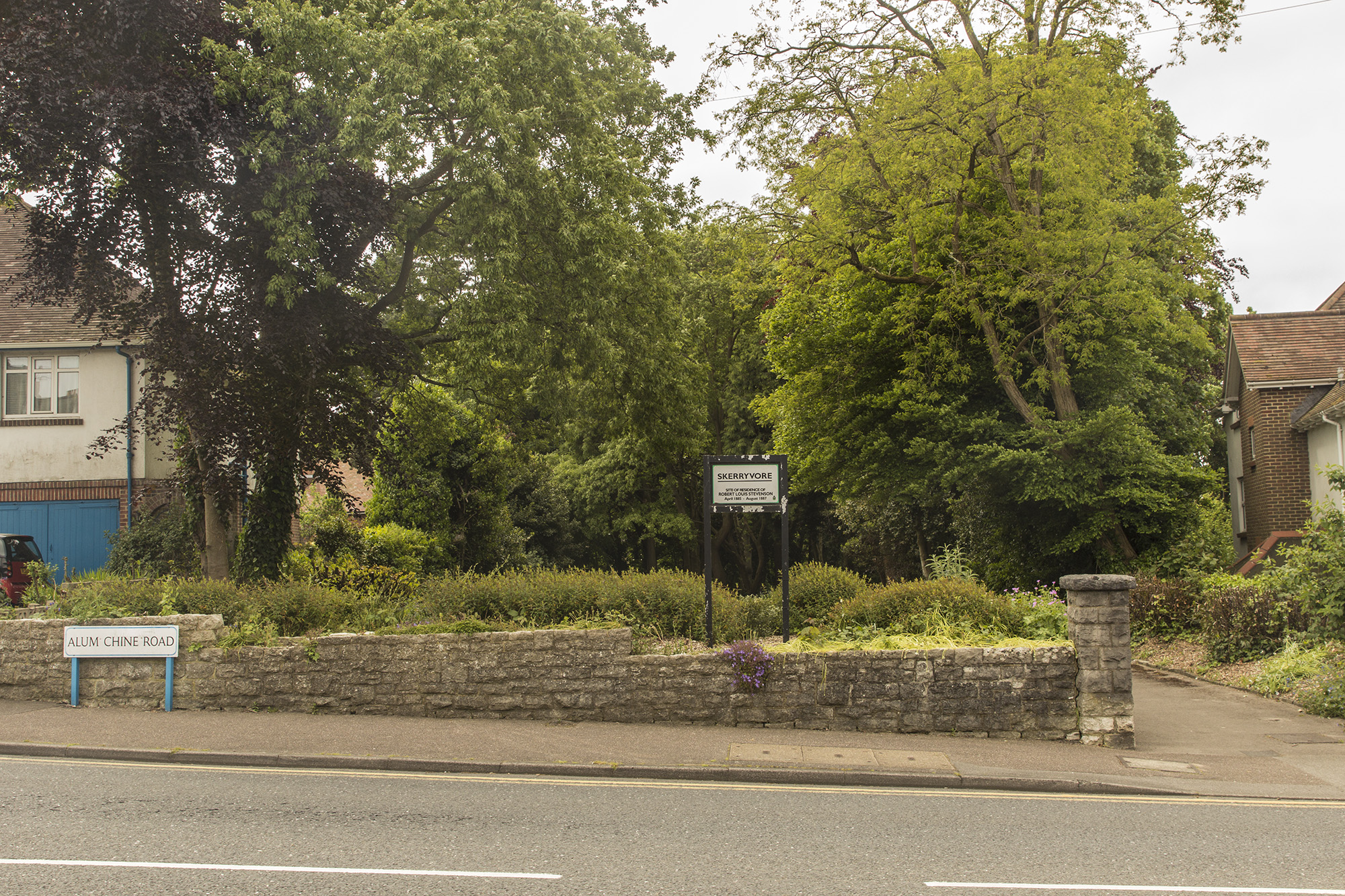 On Alum Chine Road, almost opposite the end of RL Stevenson Avenue, there is a vacant plot of land, with a small notice on it. The notice alludes to the fact that this was once the location of a house called “Skerryvore”. It also states that the author stayed here between April 1885 and August 1887.

Considering the fame of this resident, it is surprising that there seems to be very little information available about his short stay. Entering onto the site, there is an paved area with low walls. It is not clear if this is meant to represent the footprint of the original building.

Walking past this, there is a further section of garden, and a stone model. There is a plaque in front of this model, which is of the lighthouse the building is named after. This plaque explains that RL Stevenson did indeed stay here, and that the property was destroyed in the war on 16 November 1940.

The Skerryvore Lighthouse was built by the Stevenson family firm on the Argyle Coast. During his stay, he is believed to have written “Kidnapped” and “The Strange Case of Dr Jeckle & Mr Hyde”. Apparently, part of Treasure Island was written here whilst he was recovering from an illness. John Singer Sergeant also painted him pacing in the drawing room with his wife sitting nearby.

A book, entitled “RLS and his Sine Qua Non”, was written by Adelaide A Boodle, containing information about his stay in Westbourne. I have just located a complete online version of this book (see further reference below). This was published in 1929. If any further research reveals any useful information, an update to this page will be posted. A letter written by Robert to Mrs Boodle reveals that by 1889 he was living in Honolulu, not planning to return for a least a year. Mrs Boodle appears to have been his “Gamekeeper”.

Does this represent the layout? © expat

Model of the Skerryvore Lighthouse © expat

Skerryvore from the road © expat

Plaque by the Statue © expat