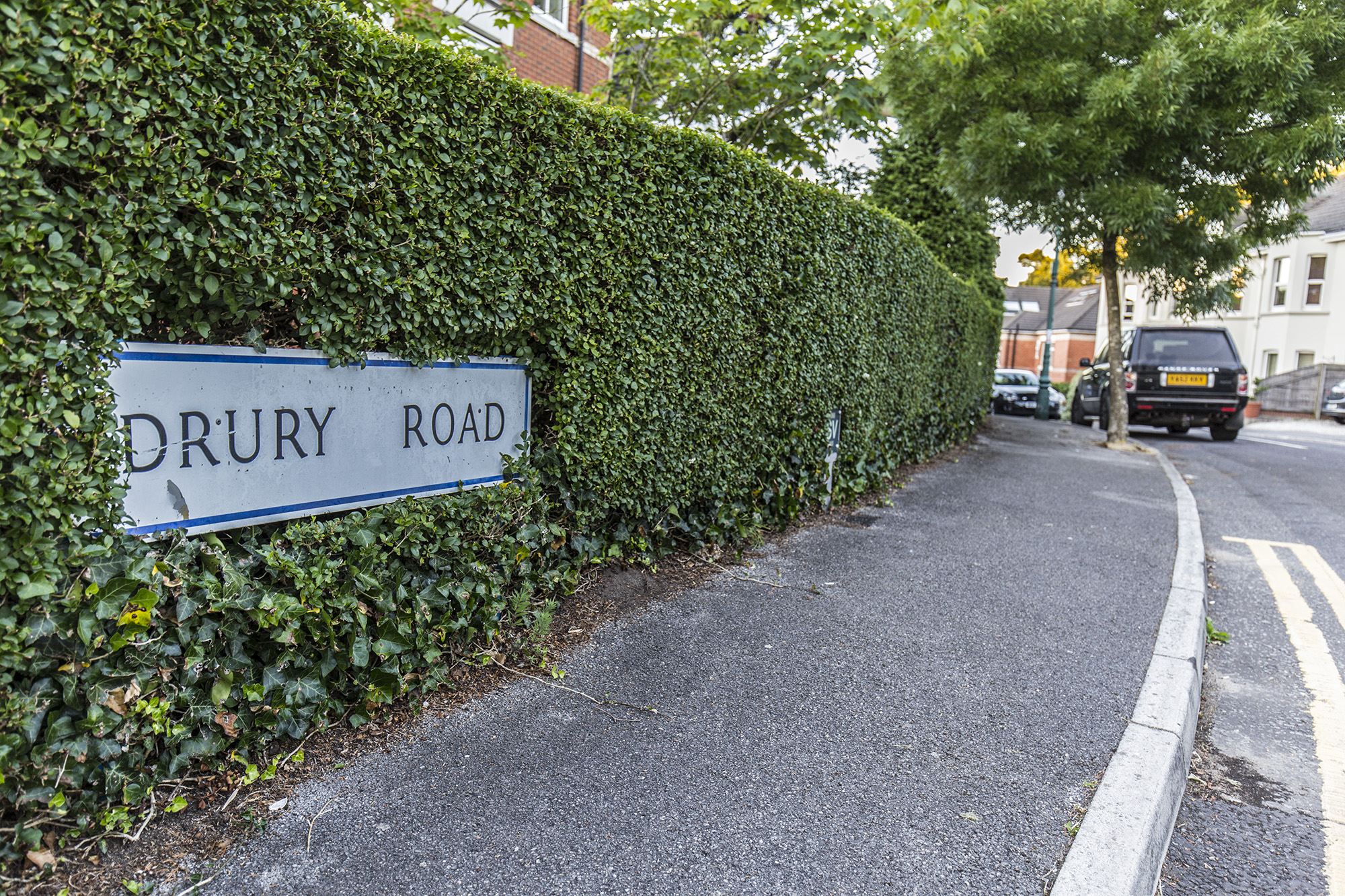 Although linked with its neighbour, this has quite a different character. The large house on the corner, number 2, is now a 7 bedroom family-run hotel with coffee lounge/tea room called The Living Room. Previously, this was the Thanet Private Hotel.Continuing down, numbers 4 and 6 (St Govan’s) are another pair of semi-detached houses, the frontages of which are of a very similar design to the villas in Warren Road. Number 8 is a much bigger building, known as “The Spinney” (previously Heath View) – no doubt advertising its status as a much more desirable residence overlooking the Chine. It is now sub-divided into flats.

On the other side of the road, number 1 (Saratoga), the left-hand of a pair of semis, is subdivided. No 3 (Sunnyside), on the right, is not particularly visible from the road, but does appear to have been extended at some time.

No 2, “The Living Room”, previously the Thanet Private Hotel). © expat