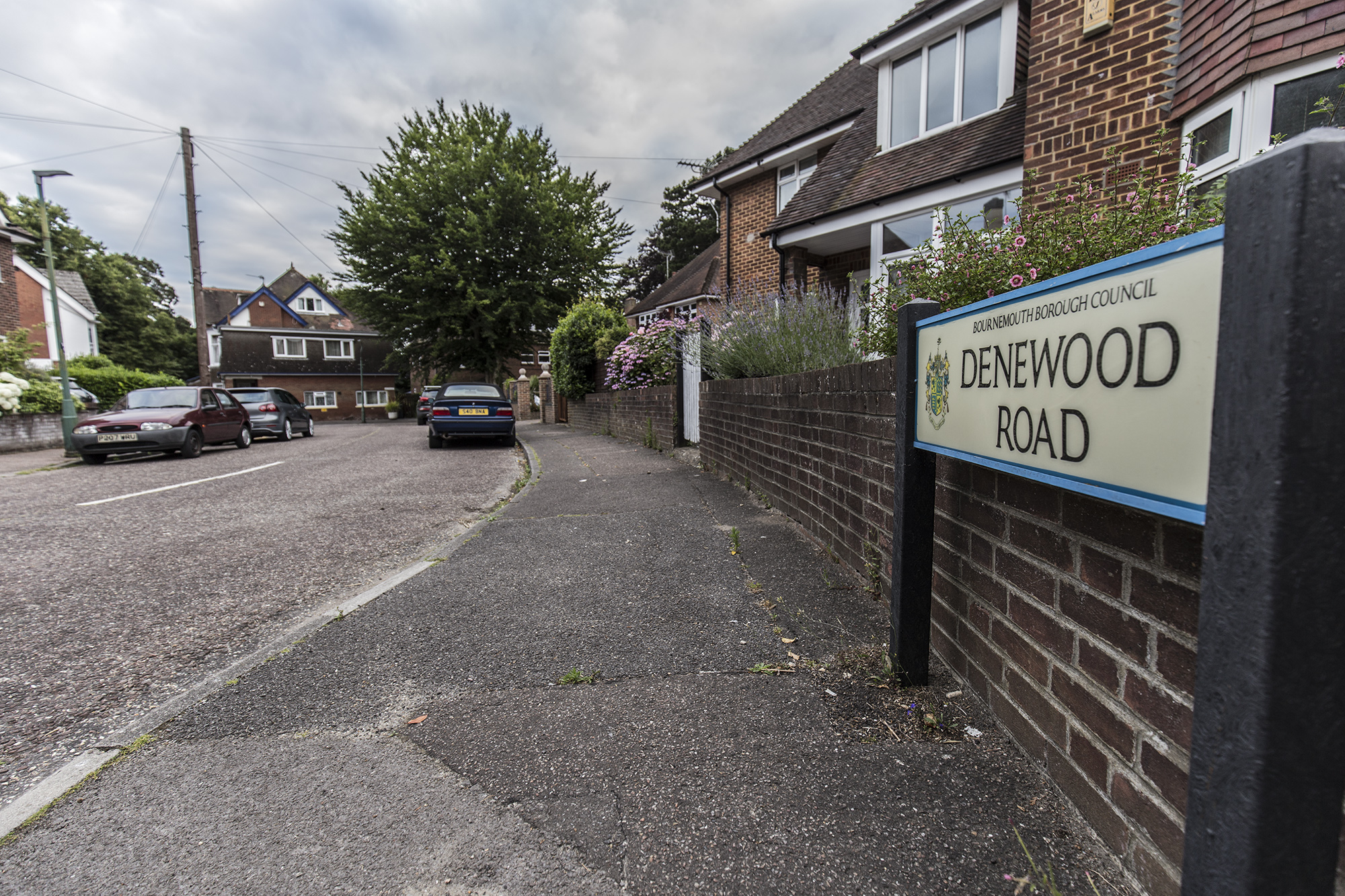 Denewood Road is named after the large house on Alum Chine Road. The implication would be that this has been built in the grounds of the property ‘Denewood’.

The houses here, and there are nine of them packed into (for this area of Westbourne) a fairly small space. The design is quite compact, with number 6 tucked round the side of number 8, accessed through a short driveway.However, the houses are still large, and many have been converted into flats. Having said that, the street view will not be too dissimilar from when the road was first built.

Handy access to Westbourne shops, Bournemouth town centre and the beach (via Alum Chine) will naturally make this a desirable area. There is also the handy and frequent bus services stopping close by.

The name Denewood comes from the concatenation of Dene Wood. Dene, of course, was covered in the “What is a Chine” blog entry (see here).