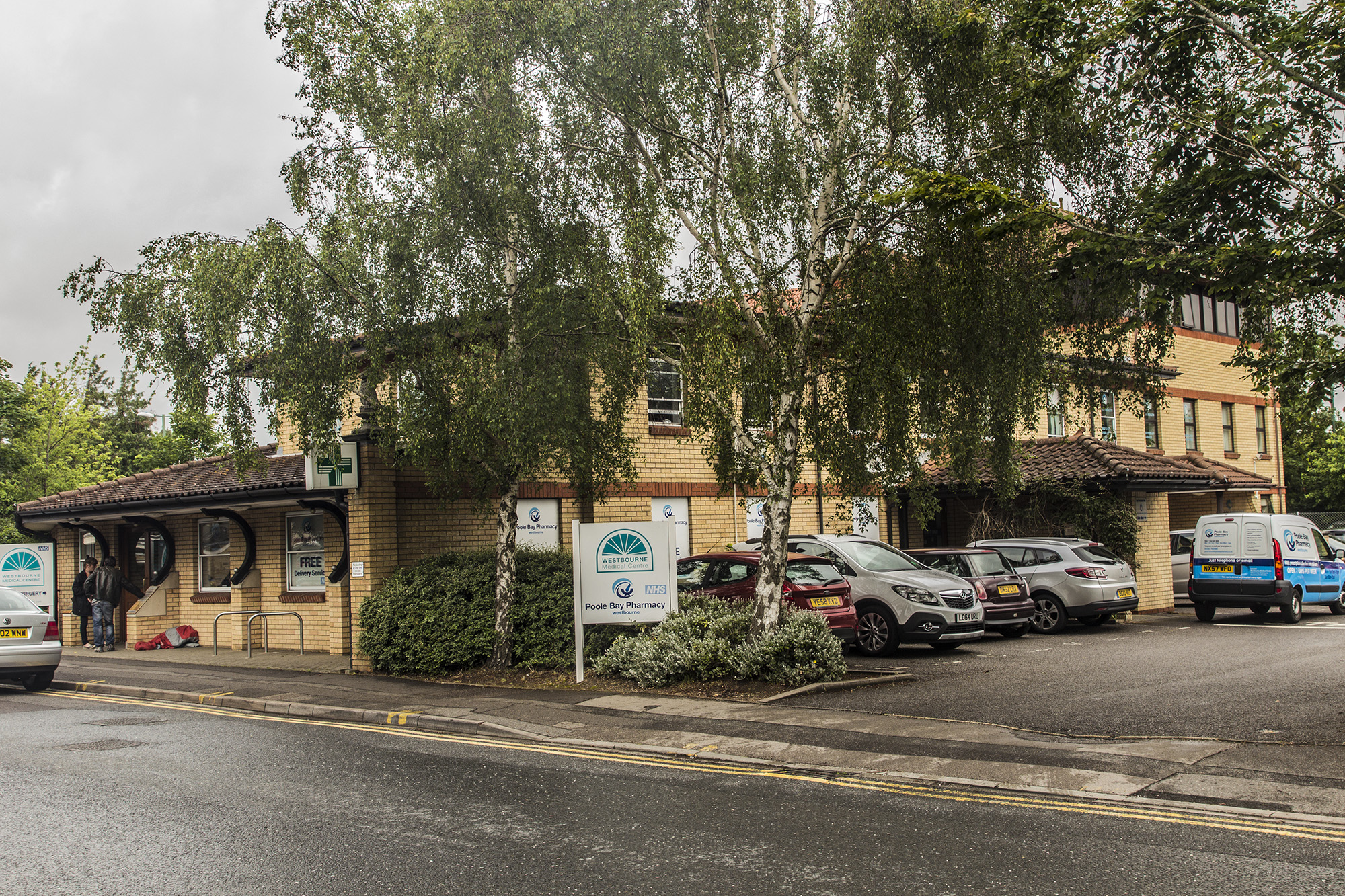 Slightly to the north of the main shopping area is Millburn Road, which starts just to the east of Tesco, before turning to head west. On the other side of the former Methodist Church is the link Landseer Road.

Although not forming part of the main shopping experience, there is plenty down here. There are two substantial car parks – the smaller of the two is designated short-term, the larger long-term. Behind the former church, in what used to be the hall, is a children’s play centre and café. The former manse is now occupied by NFU Mutual.Just slightly to the west of the junction is Westbourne Health Centre. This is quite a large, modern building, combining an NHS and a private health centre. There is also a pharmacy, which is open extended hours – useful for picking your prescriptions up!

Continuing to head west, to the left are largely the rear entrances to shops on Poole Road. These are a curious mix of extensions, individual car parks, and entrances/exits – some staff only, some public. Although it looks something of a hotch-potch now, from the aerial view it is clear that there would have been houses all the way down the north side of Millburn Road historically. Now, only a handful remain. Two are adjacent, one is connected to Multiyork in Poole Road, the other is a Care Agency.

Just a little further along is an alleyway (Ginnel, if you’re Northern, or Twitten if you’re from Sussex). Any more local variations on what these pathways are called? This runs between NatWest & Iceland in Poole Road, and connects handily to the Millburn Road Car Park. There is a fairly modern toilet block opposite the alley.

Heading towards the far end, there are some newer small business units, then a couple of much older buildings, now housing car repair businesses. Once again, this highlights the eclectic nature of Westbourne.